In Defence of MSG

MSG has got to be one of the most controversial ingredients in all cooking. It’s been blamed for headaches and bloating, it’s considered contraband in some chef circles, and has even been used as a proxy for anti-Asian sentiment. All this for an ingredient that’s basically glorified salt. 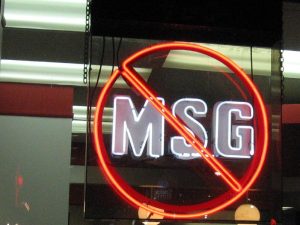 MSG is a natural flavour enhancer, first isolated from seaweed. It’s a much loved additive in many parts of Asia, especially Japan, but has found much more hostile reception in many western countries, where it’s been blamed for ill health effects. But MSG is safe. Sure, some people have individual sensitivities, but overall, reports of MSG causing headaches, bloating and numbness are unsubstantiated.

Actually, contrary to the negative perception of MSG, it can actually be a positive addition to one’s diet.

A sprinkling of MSG can make a bland brother beam brilliance. It’s an incredibly effective flavour enhancer, due to two things. MSG contains one part sodium and one part glutamate (hence the full name of MSG being monosodium glutamate). The sodium portion of MSG gives saltiness to a dish, while the glutamate portion imparts umami. This double-whammy of taste is the reason that MSG can bring out the flavour of many dishes.

While a dash of salt is the universally accepted way of telling your host that their chicken was a bit bland, MSG is actually a far more potent flavour enhancer. By comparison with table salt, a smaller amount of MSG is needed to improve the taste of a dish. While this fact may seem trivial, it has quite significant health considerations, especially for those trying to reduce sodium levels in their body.

A high sodium concentration in your body is associated with high blood pressure. Thus, for those with hypertension, it’s important to reduce the amount of added salt in the diet. However, reducing the amount of salt added to food will also decrease the palatability and taste. This is where MSG can help.

As MSG and salt are both flavour enhancers, they may be used (somewhat) interchangeably. However, as MSG is a more potent than salt, less MSG needs to be added to a dish to achieve the same level of tastiness. Thus, less MSG means less sodium.

And yeah, maybe MSG isn’t for everyone. But if we all love salt so much, why not MSG?

3 Replies to “In Defence of MSG”