“Sear meat to seal in the juices” – this phrase is one of the most commonly uttered on cooking shows or recipes books. It’s a phrase handed down from generation to generation and has almost become enshrined in food lore. But it’s a phrase that’s also wrong, very wrong. It’s a myth that has its origins in Germany over 150 years ago. 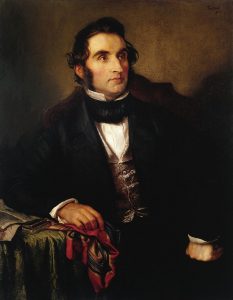 Myth that lives on

The myth was first introduced to the food world in 1850 by German chemist Justus von Liebig, who incorrectly believed that meat juices contain nutritionally valuable compounds. Liebig thought it important to retain these compounds to improve the nutritive properties of meat.

Liebig’s research in this area was published in the ground-breaking Researches on the Chemistry of Food, a treatise on the science of food and cooking. In his book, Liebig suggested that introducing meat to boiling water would cause the external surface of the meat to form a crust or shell, preventing moisture loss.

This idea proved very popular at the time, spreading throughout the world. Eventually, his ideas were re-interpreted, and several books and magazines encouraged roasting or pan searing at high temperatures to seal in the nutritionally valuable juices.

Contrary to Liebig’s ideas, the crust that forms on a seared piece of meat does not seal in the juices. If anything, the crust represents the driest part of the protein. When meat is heated, the muscle fibres contract to expel water. Therefore, the higher the temperature, the more water loss.

A simple cooking observation elegantly demonstrates this idea. A raw steak placed on a searing-hot pan will sizzle immediately upon contact. This sizzling sound is due to water escaping the meat, evaporating as it hits the pan.

So there you have it, searing meat at high temperatures does not seal in the juices. Myth busted! I hope that this myth will be expelled from our culinary classes. But as they say, old ideas die hard, so this myth may prevail for a little longer.

What a whirlwind 36hr trip to London!⁣ ⁣ Went

Back in London for a brief stopover and popped int

In my happy place⁣ ⁣ I've arrived in Lisbon an

It feels amazing to be travelling again! I'm curre